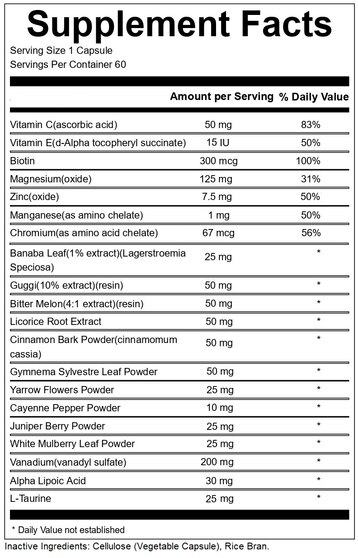 Forgotten, Time Tested and PROVEN Herbal Combination from Health Labs Nutra May Be the Answer You’ve Been Looking For…

This advanced blend can help you take complete charge of your blood sugar levels and keep them stable all day no longer needing to worry about high or low readings.

With this in mind, Health Labs Nutra™ developed Blood Sugar Solution™. This blended herbal nutritional supplement gives you the purest forms of beneficial ingredients so you’ll get better results than if you took each one separately. 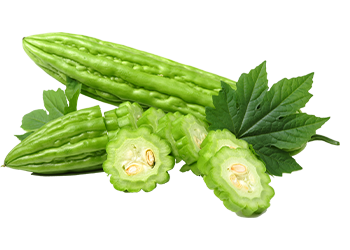 Bitter melon (aka bitter gourd, Momordica charantia) is a tropical vine, or cousin in some ways to vegetables like zucchinis and cucumbers. This is traditionally consumed by Asians and Indians and remains a staple in their cuisine. In fact, it is recommended by Ayurveda practitioners who insist that drinking bitter melon water can help regulate blood sugar levels.

After further researching this ingredient, a 2013 study did mention that the vine possesses anti-diabetic and hypoglycemic effects. Unfortunately, sound conclusions cannot be made due to the deficiency in clinical trials on human subjects. A 2015 review that looked at the role of bitter melon supplementation in obesity and related complications also argued that it did carry antioxidant and hypoglycemic activities through in vivo and in vitro experiments. The authors noted that scientific evaluation insists that bitter melon does show “potential therapeutic benefit in normal blood sugar and obesity-related metabolic dysfunction,” adding that it might have to do with the ability to trigger lipid and fat-metabolizing. 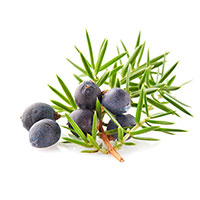 Juniper berries resemble blueberries but are slightly bigger in size. In regard to the aforementioned claims on its potential to melt fat deposits, no scientific evidence is available. That said, it might be able to lower blood sugar levels, writes WebMD. The cold truth, however, is that in certain cases, junipers might worsen the state that organs are in.

Interestingly, a 1994 study suggested that juniper berries carry hypoglycemic activity and were found to have decreased “glycemic levels in normoglycemic rats at a dose of 250mg/kg.” The researchers also noted that within 24 days, there was a “significant reduction both in blood glucose levels and in the mortality index, as well as the prevention of the loss of body weight.”

In spite of their findings, two things need to be mentioned. First, subjects in this study were animals, not humans, and second, Blood Sugar Support is highly unlikely to house 250mg of juniper berries per serving, as the proprietary blend alone amounts to 415mg.

According to Health Line, banaba leaves have been traditionally used in medicine to treat blood sugar support. Aside from that, it also is believed to carry antioxidants, and anti-obesity effects and might help to lower cholesterol levels. In a piece compiled by New Hope, it was reasoned that banaba might be beneficial because of the presence of Corosolic acid and other compounds that act like insulin.

Among the several animal studies existing, this respective ingredient is said to have “resulted in reduced weight gain, reduced triglyceride accumulation and reduced adipose/ fatty tissues with no changes in diet.” Thankfully, this to some extent agrees with what’s been shared by the Blood Sugar Support team. 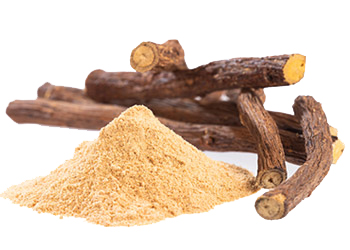 Licorice is proclaimed as a medicinal plant that is widely known for its source of glycyrrhetinic acid – a compound responsible for sodium retention and hypertension. We recently came across a 2003 study that investigated the effect of licorice on body fat mass. The method involved administering 3.5g a day for two months on subjects in their early to mid-twenties. In the end, it was shown that licorice can reduce body fat mass without changing BMI. The researchers believe that such results were attainable because licorice might be able to “reduce fat by inhibiting 11beta-hydroxysteroid dehydrogenase Type 1 at the level of fat cells.”

White mulberry, like many of the ingredients found in this formula, has been traditionally used to treat blood sugar discrepancies, and fluctuating cholesterol levels and blood pressure levels. As suggested in a 2007 study that explored the effect of white mulberry extract on blood sugar, it can in fact prevent increases within a 2-hour time frame. In terms of its relationship with fat deposits, researchers of a 2013 study shared that mulberry leaf extract can “ameliorate obesity and obesity-related metabolic stressors,” adding that it can “be used as a means to prevent and/or treat obesity.”

To our surprise, the creators of Blood Sugar Support failed to give their reasonings as to why guggul, cinnamon, gymnema, alpha lipoic acid, l-taurine, and cayenne made the cut. Hence, we decided to assess to what extent they might support healthy blood sugar levels instead, as Blood Sugar Support to a large extent aims to support healthy glucose metabolism. Below is a summary of what we managed to find:

Guggul is a flowering plant belonging to the Burseraceae family and is dominantly found. Its gum resin is supposedly a vital component in Vedic medicine to treat fluctuating blood sugar levels, atherosclerosis, arthritis, lowering cholesterol, and weight loss among others. However, research compiled by Health Line suggests that very little is available to make sound conclusions on its effects. 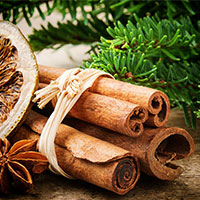 A spice that can be added to any dish, cinnamon is arguably an ingredient that should not be taken lightly, that is, based on the research summarized by the American Diabetes Association (ADA). To be more precise, they insist that cinnamon can improve blood glucose levels, and reduce triglycerides and cholesterol to healthy levels.

The latter results are based on the findings of a study consisting of 60 people (30 men and 30 women) with type 2 diabetes between the ages of 46 and roughly 58. In the end, the researchers found that all three levels of cinnamon (1g, 3g, and 6g) significantly reduced the mean fasting serum glucose, triglycerides, and LDL cholesterol. No differences were reported for the placebo group. 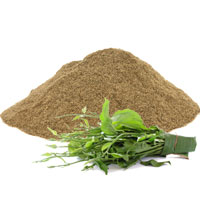 Like bitter melon, gymnema sylvestre is a tropical vine, but the difference is, that it is native to China, Africa, Australia, and the Arabian Peninsula. Fascinatingly, this ingredient is also a staple in traditional Chinese, Japanese, and Indian medicines. According to a 2007 review on gymnema sylvestre, there might be a “possible linkage” between obesity, blood sugar, and gymnemic acids. In particular, it was noted that gymnemic acids can “curb the binding of carbohydrates to the receptors in the intestine and hence, the “empty calories” are taken care of so that the body does not go into the obese stage.”

Yarrow is a flowering plant in the Asteraceae family. A 2014 study that investigated the effect of yarrow as a hypoglycemic agent on Wistar rats concluded that it is beneficial because of its protective properties. Similarly, a 2018 study that assessed yarrow’s anti-inflammatory and anti-diabetic properties confirmed that the flowering plant can regulate blood sugar levels and that much of it actually has to do with its hypoglycemic role. That said, nowhere is the direct effect of yarrow on ceramide mentioned nor proven to hold true.

Alpha lipoic acid (ALA) is a type of antioxidant that has been tasked with supervising energy production on a cellular level. As per a 1997 study, ALA can augment insulin-stimulated glucose transport and both non-oxidative and oxidative glucose metabolism. However, no significant evidence was found to suggest that ALA has an impact on free fatty acids. The fact that it can increase insulin implies that cells are likely getting the glucose they require.

L-taurine is an amino acid that might be able to improve blood vessel function, insulin secretion, and lower blood pressure levels. Health Line also reported that this ingredient might be beneficial for people with type 2, as it can reduce blood sugar levels and insulin resistance.

The first thing that is sure to come to one’s mind regarding cayenne is its heat (thanks to a compound called capsaicin). Normally, such a component induces thermogenic effects, which play a significant role in igniting body temperature for fat-burning purposes. In terms of the results found in a 2017 study, the spice factor of capsaicin is the core element that determines the extent to which a decrease in blood sugar levels is likely to occur.

Who is Blood Sugar Support for?

Blood Sugar Support has been formulated to support people who have been diagnosed with type 2, struggle to maintain healthy blood sugar levels, and have undergone related symptoms such as uncontrollable cravings for carbs and sweets, increased thirst and weight, and exhaustion among others.

No, it turns out that no matter if consumers are 30, 50, 70, or even 80 years of age, Blood Sugar Support can support them. The same is applicable to factors such as gender and the length of time one was diagnosed as having type 2.

How should Blood Sugar Support be incorporated from day to day?

It has been recommended to take one capsule a day with a meal first thing in the morning. Ideally, each ingestion should be paired with a full glass of water as well.

Blood Sugar Support comes across as a generally safe supplement because it is a 100% all-natural solution. It is important to mention that “thousands of people enjoyed taking Blood Sugar Support every day,” further noting that no one complained about side effects so far. As for manufacturing aspects, each batch was completed in the U.S., in a state-of-the-art approved and GMP-certified facility. Finally, each capsule is 100% vegetarian and non-GMO.

Interestingly, a sample of 150 men and women were also administered Blood Sugar Support for 180 days. The average age ranged from 24 to 87 years old, all of whom came from unique works of life (i.e., different levels of type 2. In the end, improvements were reported in their blood sugar levels, organ function, and weight management (average weight loss of 10lbs in the first six weeks).

Having said all that, anyone with pre-existing conditions that require medication is advised to seek a professional’s opinion prior to giving Blood Sugar Support a try.

What results can be anticipated from taking Blood Sugar Support?

Blood Sugar Support can aid in regulating type 2, while ensuring that one’s blood pressure and cholesterol levels are in check. Moreover, this formula might even go as far as improving eyesight and heart health, increasing one’s metabolism, curbing cravings, and may elicit a rejuvenating effect.

Is Blood Sugar Support protected by a money-back guarantee?

Let’s remove all doubt from your mind…

Either Our Blood Sugar Support Works For You

Or you don’t pay a dime for it. 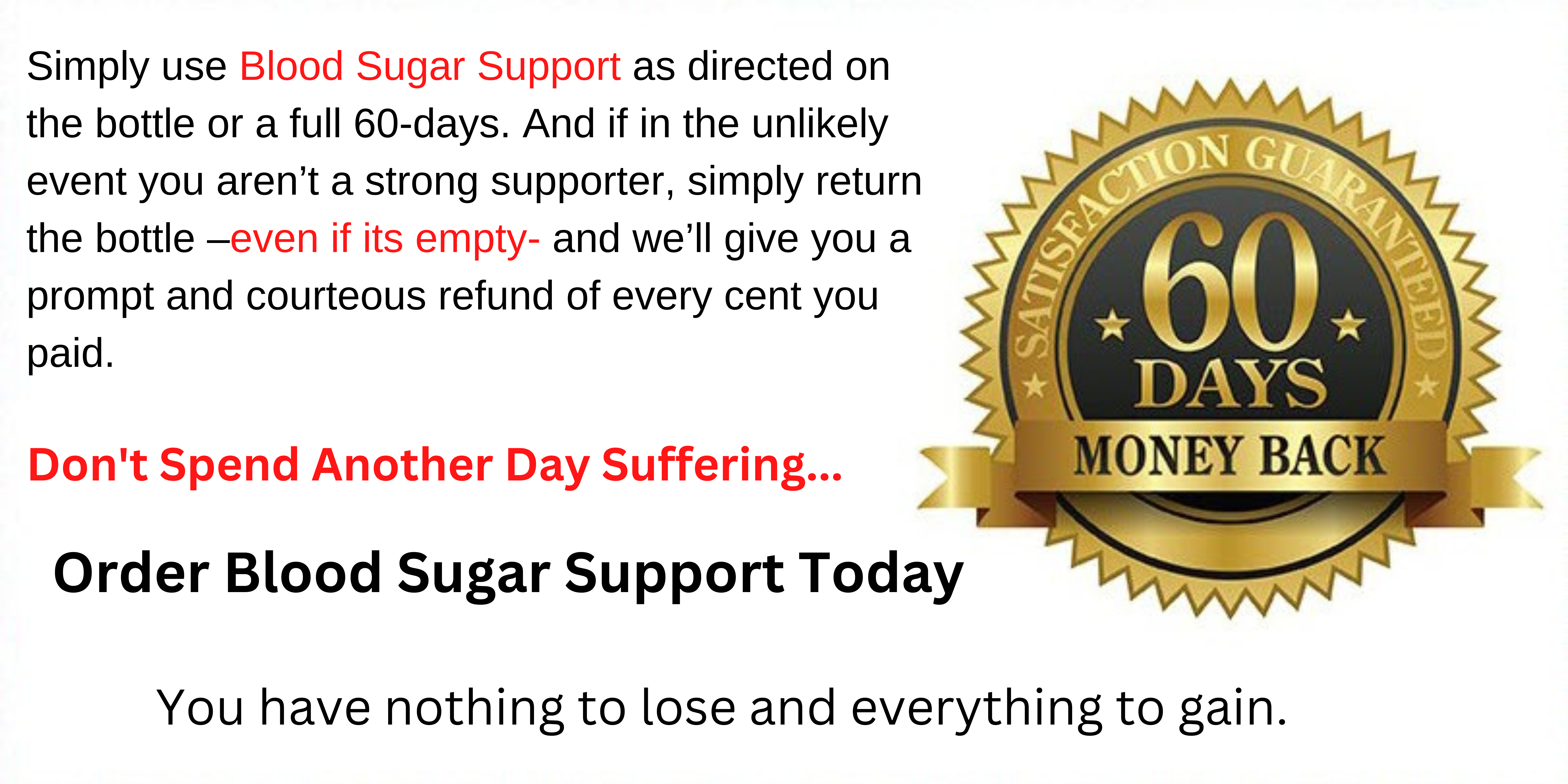 Thank you for submitting a review!

Your input is very much appreciated. Share it with your friends so they can enjoy it too!

I like the product but did not receive it for several months. Called the company and nobody ever answered their phone lines. Left numerous messages and nobody ever returned any messages.

the energy boost I needed

so far so good, energy has jumped a bit let's see how it goes as I go through my 3 month supply.

Excellent! Really helps to keep hunger and diabetes under control.

*The statements regarding these products have not been evaluated by the Food and Drug Administration. These products are not intended to diagnose, treat, cure or prevent any disease.The information on this Web site or in emails is designed for educational purposes only. It is not intended to be a substitute for informed medical advice or care.You should not use this information to diagnose or treat any health problems or illnesses without consulting your doctor.

*These statements have not been evaluated by the Food and Drug Administration. These products are not intended to diagnose, treat, cure or prevent any disease.